General aviation depends on modernising the current legislative, regulative and specific standards as they have done in the United States. The FAA modernisation program is continuing and is leaving Australia’s general aviation industry struggling to operate efficiently under a system that is archaic, to say the least.

The concept that the EASA engineering system is better than the FAA system in engineering, maintenance, manufacturing and AME licencing is a fallacy. We need the USA BASA so that CASA Type Certificates and STCs can obtain a FAA TC and/or STC. It is the FAA TC/STC that will enable access to the global aviation market more than the CASA TC/STC.  The CASA STC holds little acceptance worldwide.

Let me make a prediction – 2017 will see a lot of engineering, maintenance, manufacturing & licencing issues addressed.

The May 25th Infrastructure/CASA Executive meeting with industry associations was constructive from AMROBA’s perspective. At least we now have people within CASA that will listen and make decisions that support harmonisation – if we base our issues on an ICAO Standard or Recommended Practice (SARP), then we can also convince minor changes to these SARPs to meet Australia’s geographical condition. Minor changes to meet where our businesses are located, etc. to provide career paths in the aviation industry, especially in rural Australia.

The people I am currently dealing within CASA are positively responsive.

To fix all the problems will take time, so we have to look at, and prioritise, the many issues confronting general aviation. Licencing, airworthiness, maintenance, design, manufacturing, inspection standards, etc.

After this meeting, the road back to a thriving industry depends on the changes that we can get out of CASA by the end of this year. AMROBA has spent, and is spending, some time in identifying and prioritising the changes and CASA is not putting up roadblocks.

In recent months the jobs debate is shifting toward something that could actually help: regulatory reform. The shift in strategy by government is a welcome move considering the incredible regulatory burden faced by our members and others in aviation. Reduce the burden and jobs will be created.

What a different regulatory system we would have had if government was concerned with the creation of jobs and career paths as well as maintaining safety. No amount of regulations will succeed unless people do the right thing – reduce the regulations and rely on individuals with the right attitude and aptitude to create improvements to safety.

How to Create Career Paths

Researching past history to find what worked and what didn’t should be the main aim at this stage of regulatory review. Pilot/LAME career paths that enabled entry into aviation anywhere in Australia opened up a career pathway to employment with major airlines. These career pathways must be created once again.

Australia is not USA, Canada, Europe, Asia or NZ. It is different geographically and lacks many services throughout rural Australia. General aviation was prosperous, efficient and safe prior to regulatory change that came with the creation of CAA.

This section would direct the FAA, in collaboration with the SOCAC, to establish performance objectives and to apply and track performance metrics for both the FAA and the aviation industry related to aircraft certification. The performance objective for aircraft certification would ensure that progress is being made in eliminating delays, increasing accountability, and achieving full utilization of delegation authority while maintaining leadership of the United States in international aviation.

This section would amend existing law by requiring that, when overseeing an Organization Designation Authorization (ODA) holder, the FAA must require a procedures manual that addresses all procedures and limitations regarding the ODA’s functions and ensure that such functions are delegated fully to the ODA (unless the FAA determines there is a safety or public interest reason not to delegate functions). This section would also establish a centralized ODA policy office within the FAA’s Office of Aviation Safety to oversee and ensure the consistency of audit functions under the ODA program across the FAA.

This section would establish a multidisciplinary expert review panel consisting of members appointed by the FAA to conduct both a survey of ODA holders and applicants and an assessment of the FAA’s processes and procedures to obtain feedback on the FAA’s efforts involving the ODA program and make recommendations to improve the FAA’s ODA-related activities. Within six months of the panel convening, the panel would submit a report to the FAA and relevant congressional committees on the assessment and recommendations.

This section would amend existing law by requiring the FAA to establish a type certification resolution process, in which the certificate applicant and the FAA would establish for each project specific certification milestones and timeframes for those milestones. If the milestones are not met within the specific timeframe, the relevant milestone(s) would be automatically escalated to the appropriate management levels of both the applicant and the FAA and be resolved within a specific period of time.

This section would require, within 180 days, the FAA to establish and begin implementation of a risk based policy that expedites the installation of safety enhancing technologies for small general aviation aircraft, and establish a more streamlined process so that the safety benefits of such technologies for small general aviation aircraft can be realized.

This section would require the FAA to issue a final rule required by the Small Airplane Revitalization Act of 2013 by December 31, 2016.

In 2013, BITRE identified that 3200 aircraft, for one reason or another flew zero hours during 2013. AMROBA estimates that during 2015/2016 that zero flight time figure would almost be double.

The lack of flying affects the MRO and design industry. The ramification on lower utilisation of the GA fleet has been an issue for a long time.

Nearly 40% of those that reported stated repair/maintenance/restoration – so 60% of those reporting zero hours gave other excuses for not flying. It is these other reasons that are of concern.

Summary: CASA has a challenge. Either harmonise with the most cost effective system for engineering and manufacturing industry by removing any differences to the FAR system or risk the BASA with the US by adopting the EAA system for engineering and manufacture. In addition, the maintenance requirements need urgent changes to remove invoked red tape and regulations that has caused rising criticisms of current requirements. 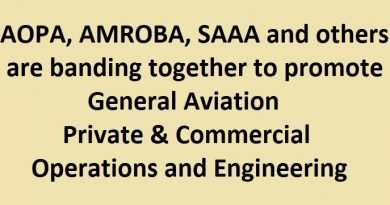 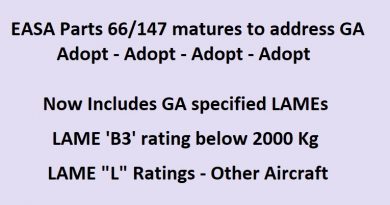 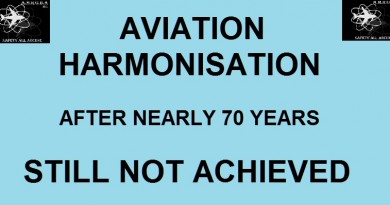